Introduce about Arrested for Criticising the Monarchy?! | Friday Night with Byline Times

Join Byline Times Editor Hardeep Matharu, and Executive Editor Peter Jukes for a breakdown of the most important stories of the week. With special guests Rosie Holt, John Sweeney and Nels Abbey.

We’ll be looking at how a history of Empire and colonialism changes the nature of mourning the Queen’s death for many ethnic minority Brits, as well as the implications of the Tory Police Crime Sentencing and Courts Act which is being used to arrest protestors with blank signs in London – just because they might write something critical of the Monarchy. We’ll also be discussing Ukraine’s major breakthrough against Russia with John Sweeney, and our upcoming film on Johnson and the Lebedevs.

Become a member or sign in to join After Dark, our exclusive aftershow live Q&A. To watch on BylineTV+ go to to watch on Patreon sign in to Patreon and view the latest post – or look out for an email notification. To watch as a member on Youtube, open the “Membership” tab above.

search details of content About Clark Cinemas Enterprise Are from Wikipedia

If you have any questions about Clark Cinemas Enterprise Please let us know, all your questions or suggestions will help us improve in the following articles!

The article Arrested for Criticising the Monarchy?! | Friday Night with Byline Times was compiled by me and my team from many sources. If you find the article Clark Cinemas Enterprise helpful to you, please support the team Like or Share! 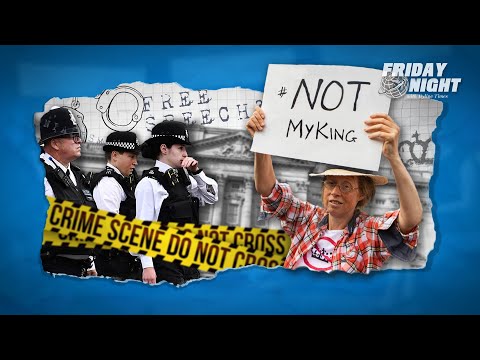 Channels Byline TV spent a lot of time and effort on perfecting clip with duration 00:55:40, we please share this clip to {rate | thanks | support the author.